Divestment of public assets is politically sensitive and usually requires approval on many levels, but executives have found creative ways to expedite the effort. The commodities company cited earlier, for example, transferred the running of its shipping fleet to an international partner. State companies find it difficult to attract talented people and to motivate the high performers they already have because the environment is perceived as staid, hierarchical, and bureaucratic.

Since career progression is often based on tenure rather than performance, employees with leadership skills may see little reason to shine. Redefining the talent proposition can influence these attitudes. State-owned enterprises must promote the unique opportunities they provide talented people, offer competitive compensation, and intensify their efforts to manage performance. To bring in outside talent, state-owned companies should make their case stronger.

After all, they offer exciting challenges in nation building, opportunities to work on projects with a much broader impact than those available in the private sector, and the possibility of pursuing careers in a vast network of public and private companies. When these largely ignored benefits are marketed, the impact can be astounding. Many accepted pay cuts from high-salaried positions to join the effort.

Recruiters at the utility State Grid Corporation of China emphasize its mandate to modernize the country, particularly rural areas, as well as to provide career development, competitive salaries, and stable employment. Public-sector enterprises such as State Grid are taking advantage of the downturn to recruit overseas nationals, particularly those with experience in financial services and accounting. While many private-sector employees still think that work at such enterprises carries a stigma, career uncertainty during the downturn has made others open to the opportunities. To tip the balance in many decisions, state enterprises must bring compensation packages closer to private-sector standards.

Another critical element for developing and retaining talented leaders is to intensify performance management. Meaningful rewards and consequences must be based on merit, not tenure. Many state companies have only a superficial performance culture—formal evaluation processes, for instance. Most employees may routinely get top rankings, regardless of performance, and these rankings have little connection to promotions or other incentives.

Together with genuine conversations about performance and with incentives linked to the rankings, the system not only sends a clear signal that performance matters but can also evolve into a more natural ranking system focusing on opportunities and clear metrics. For many state companies, especially in difficult economic times, removing underperformers is challenging, but these employees must face consequences if organizations are to build cultures based on superior work. Some state enterprises have tried to use peer pressure—for example, by openly ranking people according to a relevant metric, such as sales volumes or transactions completed—to improve performance or even shame underperformers into departing voluntarily.

Others shift them to noncritical positions, where at least they can no longer hinder the work of others.


State enterprises must also be more open to hiring talented foreigners, who can bring needed skills, especially in areas such as finance and marketing that have taken a back seat to technical skills. Since many state enterprises are prohibited from hiring foreigners, especially for senior positions, their leaders should work to ease such restrictions in areas in which they are significantly behind the private sector.

Tenured employees with substantial job security often become less motivated, especially if a company has lost some of its public standing and profitability to more dynamic private-sector competitors. A clear mandate, an intense focus, and a workable talent strategy can bring quick results.

They already have the tools at their fingertips. Our mission is to help leaders in multiple sectors develop a deeper understanding of the global economy. Our flagship business publication has been defining and informing the senior-management agenda since Our learning programs help organizations accelerate growth by unlocking their people's potential. During the current downturn, some state-owned enterprises—even as they face increased pressure to become more efficient—have been called on to support government stimulus plans through higher spending and job retention.

Nonetheless, our research and experience show that notwithstanding the constraints of the public-sector model and the tough economic times, these enterprises can significantly improve their performance. Even in normal times, for example, the average return on assets at state enterprises in China was less than half that of the private sector, a McKinsey study showed a few years ago.

One reason is that many such companies, in China and elsewhere, are shielded from competitive pressures, but other factors contribute greatly as well. State enterprises often juggle multiple, unclear, or conflicting financial and social objectives, such as providing blanket, low-cost telephone service. Finding talented workers at all levels is a problem too: the best and brightest gravitate toward the more lucrative private sector, and the tenure-based promotions common at state enterprises can conceal their best internal talent.

clublavoute.ca/xapux-plentzia-web.php Yet there is hope. Some state-owned enterprises in emerging markets are closing the gap with their private-sector competitors. Petronas, the state-owned energy company in Malaysia, for example, began an operational-excellence campaign focusing on improved technical capabilities and a more effective working culture at its plants. While these better-performing companies draw from well-known best practices in the private sector, they also concentrate on three areas of specific importance in the public sector: clarifying objectives and securing an explicit mandate, focusing scarce resources on areas with the highest financial impact, and redefining the talent proposition.

Governments play a big role in creating the right environment for state-owned enterprises to excel, but their chief executives can implement such moves without waiting for other officials to act. Too often, state-owned enterprises operate behind a curtain, revealing little information beyond their general mandate. One reason may be that their objectives are unclear or conflicting, but the lack of transparency can also be traced to political expediency, a desire to avoid comparisons with the private sector, or inexperience with clear, concise corporate communications. Leading state-owned enterprises can openly proclaim their objectives and clarify the trade-offs between their financial and social goals when they negotiate a transparent mandate with the government and other stakeholders.

In practice, that kind of transparency involves explicitly establishing financial objectives as the primary goal and setting both aspirational targets and minimum expectations, such as covering the cost of capital. The experience of developed economies provides some guidance: in Sweden, for instance, the national rail operator was told to match industry standards for returns on equity 13 percent , interest coverage , and minimum debt-to-equity ratios Also, nonfinancial social objectives, such as maintaining employment or offering universal service, should be identified, quantified, made transparent, and, where feasible, explicitly financed.

The leaders of state enterprises must not only have the freedom to pursue these explicit objectives but also receive support publicly. An agreement between the leadership and government officials normally including the prime minister or president on the scope for action might be needed. The chief executive at an Asian commodities company, for example, negotiated an explicit mandate giving him unprecedented management leeway, including the right to name the top team rather than accept political appointments , to dismiss underperforming workers, and to develop a performance-based compensation scheme for key positions.

These questions are best settled before CEOs formally accept the position—when they have the greatest leverage—especially if they will be responsible for improving corporate results. One effective tactic is to depict a number of scenarios and show the connections between outcomes and the measures needed to achieve them. In a McKinsey Quarterly interview, 1 1.

Once everything is in place, communicating the new financial targets and the moves that will be used to achieve them offers three significant benefits. First, transparency helps to create accountability, which can force government officials to keep their commitments, particularly if problems arise. 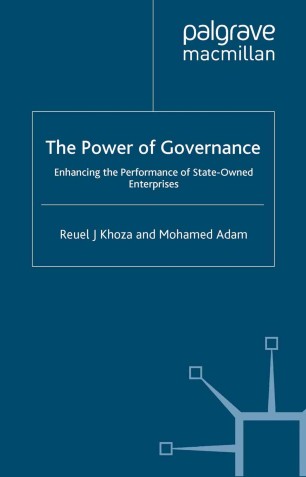 That sensitivity arises from the fact that a sizeable portion of SOE profits are essentially monopoly rents by another name, because they often depend on policy support. But if designed properly, stock options can help to mitigate problems currently rampant in SOEs, such as the pursuit of market share expansion at the expense of profitability.

It is likely that stock options for SOE employees will be introduced in mixed ownership reform packages nationwide. On the other hand, since the Unicom investment was largely state driven and not a market outcome, it is unclear whether more Unicom-like investments will take place in the near term unless Beijing first fixes larger corporate governance problems. In other words, private investors may now have some skin in the game, but it is still too little skin. Moreover, private investors can only intervene in corporate operations through a board that is not, at this point, fully functional.

That makes it even less likely that private investment can bring fundamental change to the state telco. Despite the modest steps taken to shake up SOE corporate governance since the beginning of , the prospects for enduring corporate governance reform in China appear gloomier than ever.

And it is an initiative that will, in practical terms, reverse the longstanding approach of transforming SOEs into more commercially oriented operations. But this presumption, which is driven by political considerations, makes no sense economically: consolidating CCP control over SOEs will actually make reforms much more difficult to implement. Until recently, the compromise solution was to appoint Party committee members as board directors to give the committee influence through the board without marginalizing the authority of the board itself.

But this approach appears to have been abandoned by Beijing. Instead, decision-makers now favor putting the Party committee atop the board as the ultimate authority in an SOE. But the emphasis on the pivotal role of the SOE Party committee grew gradually. Such language indicated that the authority of the Party committee was largely confined to political affairs. This development, if it continues to move forward, will disrupt the modest improvements in SOE corporate governance in two ways.


First, and the most straightforward, is that corporate boards will be further marginalized as Party committees assume the highest executive roles within an SOE. The effect could further dissuade private investors from investing in SOEs because, as minority shareholders, they will have even less ability to become involved in corporate governance in the context of a further weakened board.

Second, and a less appreciated factor, is that empowering the Party committee in corporate affairs is tantamount to empowering SOE senior executives themselves, which will reduce independent supervision of SOE management and further stymie the effort to improve corporate governance. The structure of the SOE Party committee parallels that of the CCP hierarchy, including a standing committee that is composed of the Party Secretary at the top who is also simultaneously the SOE chief executive officer , all senior management, a deputy Party Secretary, and the head of the SOE discipline inspection group.

This means that senior SOE executives and the Party committee are essentially one and the same, with no checks and balances and no supervision. Such a shift in the internal power balance within an SOE may not have any immediate or notable consequences, since most boards are already populated by insiders. And how far any given Party committee will go in asserting its authority is uncertain at the moment. But over the long term, this will likely hinder the longstanding effort to turn SOEs into more commercial enterprises.

At that point, it might become possible for the board and the Party committee which is composed of SOE managers to have debates over different strategies, corporate governance issues, and major decisions.